Not Only News Service: On the way of taking ‘Bhai Fonta’ a young guy and his father and mother were run over by a speeding truck and all died. This tragic incident took place over National Highway 34 near Paglachandi Bridge under Kaliganj police station in Nadia on Thursday night at about 11:45 p.m.

Police said, the deceased was identified as Hemant Mondal (50), Dayamayee Mondal (45) and Shubhojit Mondal (20). All are the residents of Panighata village of Kaliganj in Nadia.  Shubhojit’s  father and mother are Hemant and Dayamayee respectively.

Sources said, it was around 11:45 p.m. Subhojit along with his father and mother were going to catch Lalgola-Sealdah train at Paglachandi Railway station in a motorbike as Subhojit had a plan to go to one of his cousin sister’s home in Barrackpore of North 24 Pargana district to take Bhai Fonta. When their bike was crossing the National Highway 34 near Paglachandi Bridge, at that time a speeding truck ran over them.

But on the way of Kolkata, she took her last breath at Ranaghat on Friday morning.

However, Subhojit’s only elder brother Indrajit is in the family. But he works in Kerala. On hearing the news of the death, Indrajit are coming back to home by taking a flight.

Arpan Banerjee, a local said, “Subhojit along with his father and mother were crossing NH-34 in a motorbike to catch  a Lalgola-Sealdah train at Paglachandi Railway station . A speeding truck ran over them. Subhojit had a plan to go to one of his cousin sister’s home in Barrackpore of North 24 Pargana district to take Bhai Fonta.”

With the death of the three, a melancholic atmosphere shrouded in Panighata village.

It was reported that in other tragic accident, two brothers were run over by a speeding truck at Chapra in Nadia on 8 November.

In another accident, brother-sister was run over by a defunct bus while it was bringing by a crane in Nadia’s Palashipara on last 30th October. 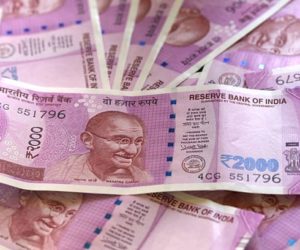